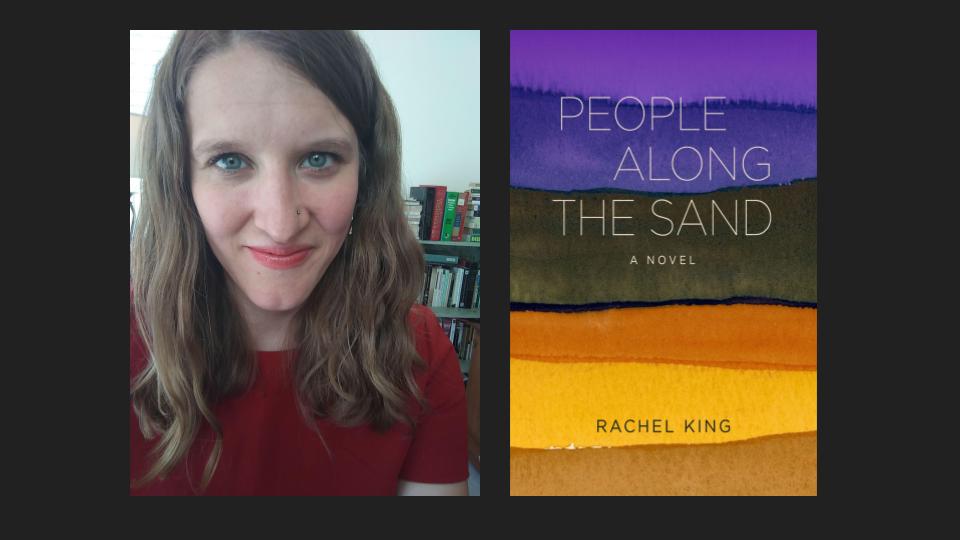 “Profoundly attuned to the natural environment and its impact on all those who live there, Rachel King’s vivid People Along the Sand takes a lucid and discerning look at how people can belong to a place and whether or not a place can really belong to a person.” —Kathleen Rooney, author of Cher Ami and Major Whittlesey

It’s 1967 in Kalapuya, a town on the Central Oregon Coast, and Jackson Ryder decides to build a second story onto his motel. His wife, Marilyn Ryder, doesn’t want to take on more debt for an expansion. Their ongoing dispute prompts Marilyn to leave Jackson and stay with her friend Leah Tolman, a bakery owner and advocate for the Beach Bill, the legislation that will make all Oregon beaches public land. While Marilyn becomes an activist, her adolescent son, Tim, befriends Elliot Yager, an elderly lighthouse keeper who wants the public to stay off his beach.

A debut novel about the pleasures and limits of solitude for five distinct and deeply human characters, centered around the passing of the Oregon Beach Bill—and published in time for the fifty-fifth anniversary of the historic legislation, People Along the Sand will appeal to book clubs, local history aficionados, conservationists, and all who look for the personal in the political.

Rachel King was educated at the University of Oregon and West Virginia University. Her short stories have appeared in One Story, North American Review, Green Mountains Review, Northwest Review, and elsewhere. She lives in her hometown of Portland, Oregon.
Read Rachel's interview with The Oregonian: ​New novel ‘People Along the Sand’ looks at tensions surrounding Oregon’s Beach bill - oregonlive.com